The Blue Economy – Opportunities and Challenges, Congratulations to UNGC Tanzanian chapter’s new board 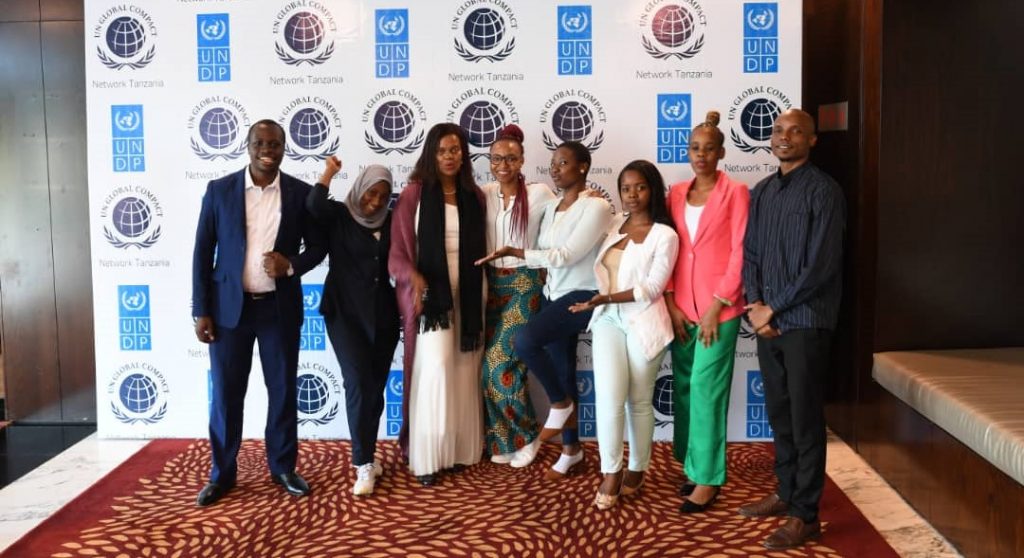 The Blue Economy is not a concept that many people are aware of. In fact, it is not a term that many people have ever heard; and for those who have, it is very few who associate the Blue economy to the Ocean. The Blue Economy is relatively a new concept to most (Unless, of course, you are a Sustainability fanatic); One that is fully connected to SDG 14, Preserving Life underwater.

More often than not, many of us look at the Sustainable Development Goals as separate parts rather than interconnected parts of a whole.

The Blue Economy is a conversation surrounding an ambitious SDG (fitting well with the rest of the SDGs in mammoth ambition) that focuses on preserving marine life and all associated habitats under the water, Coral reefs, the oceans, rivers, and other water bodies, building the capacity and  raising the living standards of those living near the water bodies (Fishermen, Fish Farmers etc.), Improving fishing methods (E.g.: aqua farming), and everything related.

One might read this and think, “Oh well! What does this have to do with me.”

Our answer:  “Well! Everything.”

Considering we exist in an interconnected world that operates a non-stop ecosystem with “dependencies”, everything is linked. For instance, the plastic we consume and trash most likely ends up in water bodies, to be consumed in one way or another by fish, which in turn we humans consume. Of Course you won’t find huge plastic bottles in fish most of the time but research has found tiny particles on plastics in fish that we consume regularly.

The effect on human life is yet to be thoroughly documented and research is ongoing. On another note, the amount of plastics in water bodies directly correlates with the rising tide levels and hence floods that are more than ever notorious in our day and age. Climate change is a severe risk to our overall existence and the effects of our negligence are already thrashing us. (Read more about Life under water and its relation to Climate change here).

During the United Nations Global Compact Tanzania chapter annual general meeting that took place at the Hyatt regency on the 12th June 2021, the Unleashed Africa  team got to interact with several other organizations in Tanzania that are members of the Global compact. The focus of this general meeting was to not only explore the opportunities but also shed light on the challenges present as we address the Blue Economy. Unleashed Africa has been an active member of the compact since 2019.

Given Tanzania’s unique geographic position (The Indian Ocean to the East, Home to Lake Tanganyika, Lake Victoria and Lake Nyasa, several smaller lakes and rivers), it has a lot to gain by spearheading this important discourse and finding ways to integrate the efforts to build value towards a progressive Blue Economy.

After presentations from Christine Musisi, UNDP Director and an invigorating, information packed panel discussion by Pamela O’Donnell, Christine Musisi, Bhakti Shah and Geofrey Rucho, the Unleashed Africa CEO, Khalila Mbowe addressed the panel and the audience with a critical question about next steps, cohesion and winding the scope of involvement of citizens as we engage in this topic.

In her remarks, she insisted that intentionality is put behind having such conversations go beyond the scope of the closed door meetings and workshops. Regular citizens must be included and made part of not just the conversations but the next steps to make a difference and progress  in the Blue Economy and the SDGs as a whole. She raised a concern and challenged all stakeholders to think about how they would lead initiatives to involve those in their teams and circles of influence, bringing them into the conversation and expanding the scale of interveners.

We at Unleashed Africa believe that progress will also catch wildfire momentum when we intentionally put efforts to engage regular citizens not simply as beneficiaries of programs and recipients of aid, but rather, enabled change makers. This is bound to happen when we equip them with enough information, skills and resources to take on and drive towards the change we all need to see, in whatever small or big way they can.

It takes a village.

We at Unleashed Africa Social Ventures congratulate the retiring board members for a job well done in the past 2 years and also congratulate and welcome the new board that will lead UNGCTz’s efforts to facilitate sustainability practices in the next two years.

We are a youth led Tanzanian social enterprise focused on youth development, social innovation and entrepreneurship.
We are committed to building an Africa future where African youth of every talent are empowered to fully engage in development work.

No Spams! Just Updates, Opportunities and findings. We Promise!